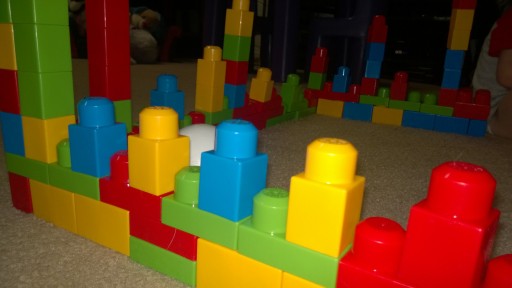 Last week was wild. By Friday afternoon, after a week of intense work and Thursday night emergencies with other family members, I was ready to jump off the zooming train and land on soft, comfortable dirt, bushes, or cacti…anything to stop and breathe. Thursday was the pinnacle of chaos. My heart was breaking for my family in trouble.

Friday morning comes along and I see our office hotline calendar at work and notice the colored-in circle on Thursday’s date: a full moon!

That is why people parked crooked at WalMart on Thursday afternoon and why all hell broke loose that night with phone calls and text messages about the two massive difficulties on either side of my family! Thursday night was all “dogs and cats living together – mass hysteria.” I thought the monster from Stranger Things was going to burst through the ceiling any moment.

I blame it on the full moon. 😉 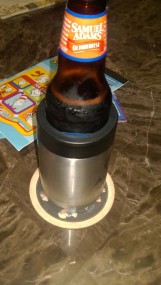 After the rippling effect of the proverbial boulders falling in the water had settled, and after a workday of foggy-viewed, head-ache infused tedium had ebbed, I got home to my sweet Mac Attack, whose attack was snuggles and kisses, and a promising half hour of mega-block castle building pared with Winnie the Pooh on in the background and a Sam Adams Octoberfest (only 1 for Mama).

My how happy hour has changed. The only stress for that short time was if a Mega Block tower fell down and when the Heffalumps and Woozles invaded Pooh’s dreams. And even the latter is a pretty entertaining show. (Good grief! What were those 1960s Disney cartoonists and composers smoking?) 😉 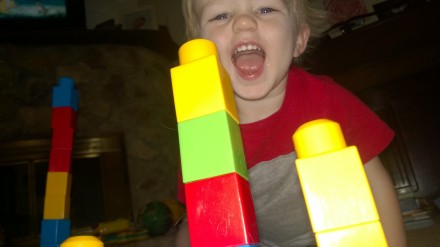 (Things did settle down in one situation, and the other will soon work out.)

I was up at 4 am to get my workout in. Really, to get started back in a workout routine. After my workout and shower, I was ready for an hour of writing before getting my family up for school and work.

I had my tea made. I had my laptop open to my most recent chapter of my novel, and then I heard it.

The doorknob rattling in surround-sound.

The volume on our baby monitor is up so that I can hear my son if he wakes up and opens his door in the middle of the night. He always closes the door behind him, so I always hear a rattling and shutting, as I heard it at 5 a.m. this morning.

I turned around and saw his near 3 ft. silhouette standing at the end of the hallway and started running toward me. Forgetting the computer, my tea, and writing goals, I knelt down and opened my arms to embrace his morning hug. I turned everything off, sat down on the couch with him, and we watched his nursery rhyme YouTube channels. His new favorite is woodland creatures in a snowy forest singing Jesus Loves Me. We played it on repeat.

I know, very well, there will be a morning when I have hours to write. My boy will be off playing at a friend’s house, off to camp, off to college, so I treasure every moment with him.

Being an older parent of a toddler has many blessings. I have years under my belt and a different appreciation for life than what I had at twenty. I’m not knocking twenty, but I still had my entire family alive and well at twenty. Now, most of them have passed away. That sort of loss changes you. Yet, with the difficult comes much good. Through all that, now I’m married to the love of my life, and we have a beautiful little boy.

My sweet morning moments: my well-rested son running out of his bedroom in the early morning hours into my arms. Now that’s a great way to start my day!

In my seventh month of pregnancy, two and a half years ago, my beloved adopted cat, Hercules, “dun r-u-n-n-o-f-t.” I was devastated. We looked everywhere. Hercules had a problem, though. He was possessive. Any other man who came into my life, he hated, like my husband and my two dogs. We all (family and friends) knew why he left. He sensed that I was pregnant, and that was the last straw. Like one of my favorite vocalists, Frank Sinatra, he was done with me once I crossed him.

Our suspicions were confirmed when my brother went for a walk in our neighborhood on Thanksgiving day, a few months after my son was born, and found Hercules. He picked him up and walked him back to our house. The closer my brother got to our property, the more agitated Hercules became. When I approached him, he growled and bounded out of my brother’s arms. No chance for a reconciliation. He was obviously well fed and seemed settled at his new home where my brother found him, so that let me rest well at night.

Fast forward a little over a year from the time he left. Our son, whom I’ll call Mac Attack, was using all his new words and making animal noises. Cat and kitten were favorites.

The hubs, being a sensitive and thoughtful guy, decided to get us a kitten – one who would be a family cat. Now, I would’ve gone to the shelter or pet store and brought the first kitten home (maybe a few), but the hubs has had lots of pets, cats included, and is a savvy shopper. He brought home our little tuxedo kitten one night. My awesome SIL, aka “the animal whisperer,” found her at the pet store in her small nearby town. Meet our girl, Zoe.

Zoe is a kitten. How do you explain to a 1 1/2 year old that kittens chase things? Nobody told me I’d have to referee between my kitten and toddler.

Zoe’s toys: Megablocks; blankets; my bathrobe belt; Thomas the Train miniature toys; dump trucks; any mouth-sized toy; a plastic slinky. And that whole tuxedo cat thing? Yeah. Tree-cats. She gets on top of everything she can and looks for ways to get higher. 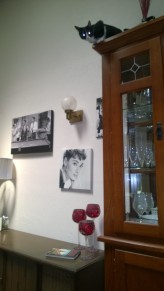 I know having multiple children can be tough. What about an only child and a kitten? You can’t put the kitten in time-out to help improve its behavior. The kitten swats at Mac Attack (we keep her claws clipped), and Mac Attack swats back.

The following ensues:  “Don’t hit the kitten. But, it’s okay if she hits you. That’s how kittens play. But, we don’t play like that. People don’t hit when we play. So, no hitting.”

Zoe has calmed a good bit, and she has her moments when she’ll be still long enough to let us pet her. Mac Attack pets her and they have their sweet moments until he puts a long blanket on as a cape, imitating the Cowardly Lion in the Wizard of Oz. He turns, and sees Zoe wrestling with my bathrobe belt. A double-whammy “mine, mine, mine” meltdown.

These are some of our problems in Toddlerville, but I’ll take ’em!

How about you? Do you have any funny toddler-kitten stories? Or toddler and any pet, for that matter?

Ingredients for a Beautiful Life!

Painted Fork is a blog about being creative in the kitchen and eating healthy made easy. Homemade, rustic, natural foods plus a few DIY. Follow along on Instagram!

A wave overcomes everything in its path.

Night Thoughts of a Literary Agent

A daily selection of the best content published on WordPress, collected for you by humans who love to read.

Memoirs of the Quiet

Life of an ordinary mom

The trials, tribulations and elations of a girl surfer

Editor and writer. Interested in tiny things, unhealthy nostalgia, old jungle mixtapes, my little homestead, and my cats. Not to be fed after midnight.

Take Off Your Shoes

Design at Automattic: Be Free

Musings of a female doc chasing the meaning of life.